Back in February, fans of The Muppets were shocked to see that it was slapped with a warning label when it appeared on the Disney+ platform. The disclaimer warned viewers that the original run of The Muppets was a whole lot more offensive and inappropriate for young people that most viewers never thought was a problem. “This program includes negative depictions and/or mistreatment of people or cultures. These stereotypes were wrong then and are wrong now,” the disclaimer read.

“Rather than remove this content, we want to acknowledge its harmful impact, learn from it and spark conversation to create a more inclusive future together,” it continued. “Disney is committed to creating stories with inspirational and aspirational themes that reflect the rich diversity of the human experience around the globe.” 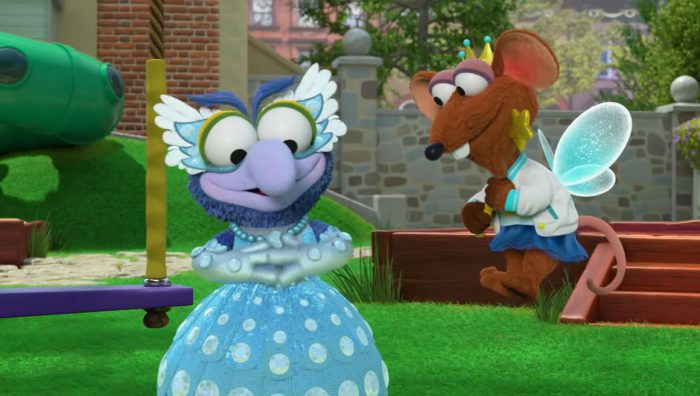 The Muppets are not the only show on Disney+ that has been slapped with this warning label. Disney has a history of producing controversial content, including The Song of the South, which was deemed so racist Disney has tried to rid the world of all copies of the movie.

Although the original run of The Muppets might have been considered offensive to modern audiences, some viewers saw it as hypocritical that Disney would not be putting the same label on a Muppets Babies episode where a boy character becomes a “princess.”

Fox News reports that Muppets Babies is a show designed to entertain children between the ages of four and seven. The series airs on the cable network, Disney Junior. While the show usually remains out of the headlines, it found itself getting a lot of extra attention this month when the program aired an episode in which Gonzo becomes “Gonzorella.” 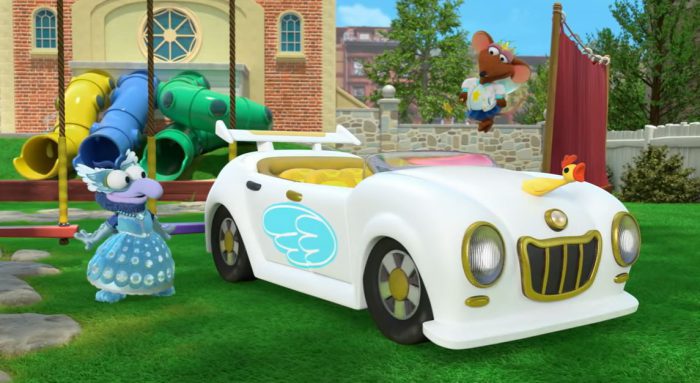 The episode features a royal ball, just like the fairytale Cinderella. However, Gonzo gets told that boys are supposed to wear knight costumes, but he wants to wear a princess dress. But then Gonzo’s “fairy ratfather” shows up and grans Gonzo the wish he has been craving – to be transformed into Gonzorella.

When the ball is over, and Gonzorella ran away, losing their glass slipper, Baby Piggy and another character tell Gonzo about the fun ball they missed.

“We met the most amazing princess, but they ran away,” Baby Piggy said, using the pronoun “they” to describe the transgender princess. Baby Piggy then shows Gonzo the glass slipper that was left behind at the royal ball. “And all they left behind was this.”

Gonzo then comes clean about his stint as the princess. 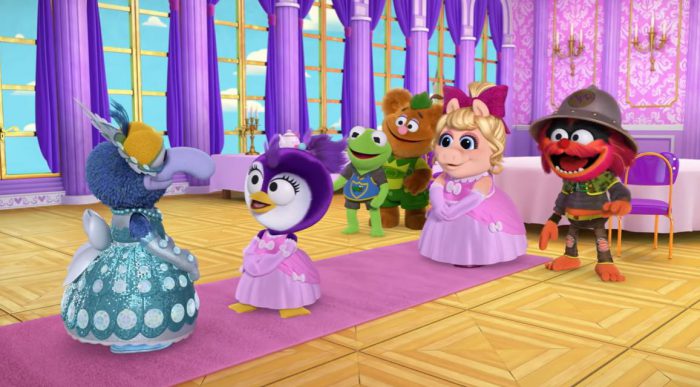 “Everyone, there’s something I need to tell you,” Gonzo said. “The princess who came to your ball tonight was me. I’m Gonzorella.”

The others were surprised and wanted to know why Gonzo couldn’t be honest about his desire to be a princess.

“Because you all expected me to look a certain way. I don’t want you to be upset with me,” Gonzo said.

“Oh Gonzo, we’re sorry, it wasn’t very nice of us to tell you what to wear to our ball,” Piggy said later. Another character added, “You’re our friend, and we love you any way you are.”

What do you think about The Muppets’ transgender princess?