Although everyone hoped that this winter would go easy on Americans, it has been one of the most brutal on record. As the polar vortex crossed the border from Canada into the United States, it brought with it some of the coldest temperatures people in Chicago have experienced in all their lives. Although residents in the Windy City know what it means to be cold, they were ill prepared for the subzero temperatures that ravaged their communities the past month.

In the suburbs of Chicago, the Ahmeds, a family of five, live a happy life. Because the polar vortex swept through their neighborhood, they became very concerned, not just for their own wellbeing, but for the safety and security of their ailing 95-year-old neighbor. Because they knew how that individual was struggling, the Ahmeds extended their concern to everyone else in the community who might be old and struggling to deal with the frigid temperatures. 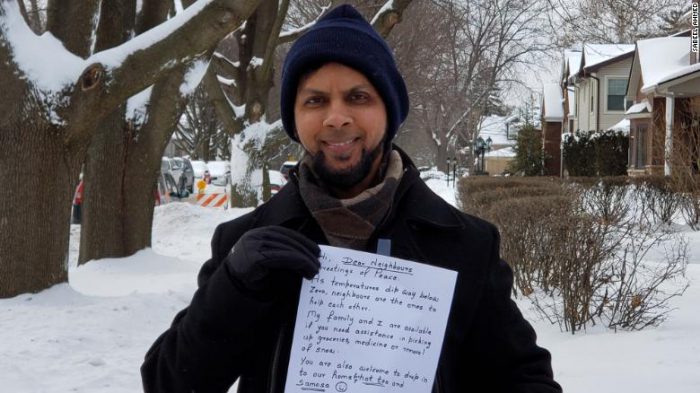 That’s why Sabeel Ahmed and his family came up with a plan to write and hand-delivery 40 copies of a letter to dozens of neighbors in their neighborhood.

In the letter, the Ahmeds described how they’d be happy to take on tasks and chores for people struggling to deal with the cold. They offered to fill prescriptions, pick up groceries, shovel snow, and do anything else that someone in need might require.

“As temperatures dip way below zero, neighbors are the ones to help each other,” the Ahmeds’ letter read.

Not only was the family willing to complete chores for those in need, but they also invited people over for hot tea if they desired some company and pleasant conversation.

In conversation with reporters, Sabeel said, “We hope and pray each person seeing this letter that they would write something similar and not just for winter. This should be a lifelong activity for all neighbors in every city in this state.”

Residents of Morton Grove outside of Chicago were pleased to see the handwritten notes that the Ahmeds left behind as they trekked through the minus-14 degree temperatures to share their offering. 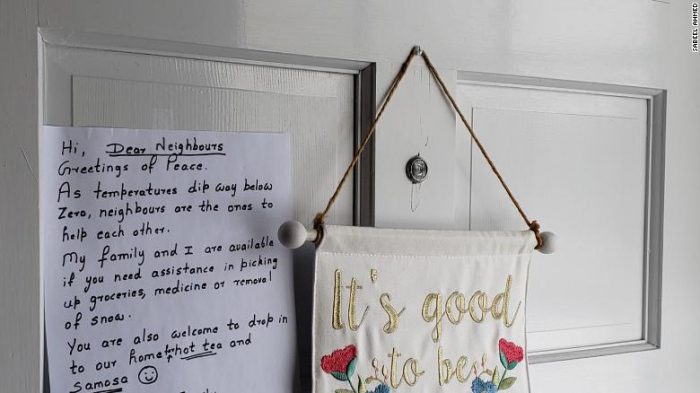 “My family and I are available if you need assistance in picking up groceries, medicine or removal of snow.”

Sabeel, his wife Asma Naheed, and their three children were happy to go door-to-door to offer their help during the horrible weather.

“We need to take care of our neighbors. That was a big motivation for doing this,” Ahmed told CNN.

Ahmed works as a director of GainPeace, which is an Islamic organization. He hopes his family’s generosity will inspire people to one of the Muslim faith’s most driving principles – to care for one’s neighbors. 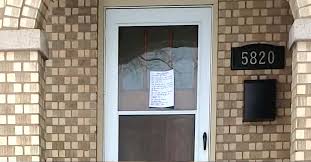 “Despite racial and religious differences, at the end of the day, we have to meet,” Ahmed said.

Neighbors welcomed the Ahmed family’s offer. Alexander Slagg emailed Ahmed a thank you note for extending his heart and home.

“Especially when we have this scary weather,” Slagg said. “All the differences don’t matter. What he did, that is awesome.”

What do you think about this family’s generous offer to help during the polar vortex?