U.S. Navy veteran Casandra Kendrick jumped into action when she noticed a father struggling to save his two children who had problems in a river in Texas.

The 22-year-old sprung to help Victor Villanueva, 30, and his two children during the incident on Sunday in the Guadalupe River, as reported by the Guadalupe County Sheriff’s Office.

The two children had gone under the water after being swept away.

After Cassandra rushed to help the two children, she then lost her life trying to save the father. Victor also lost his life that day. 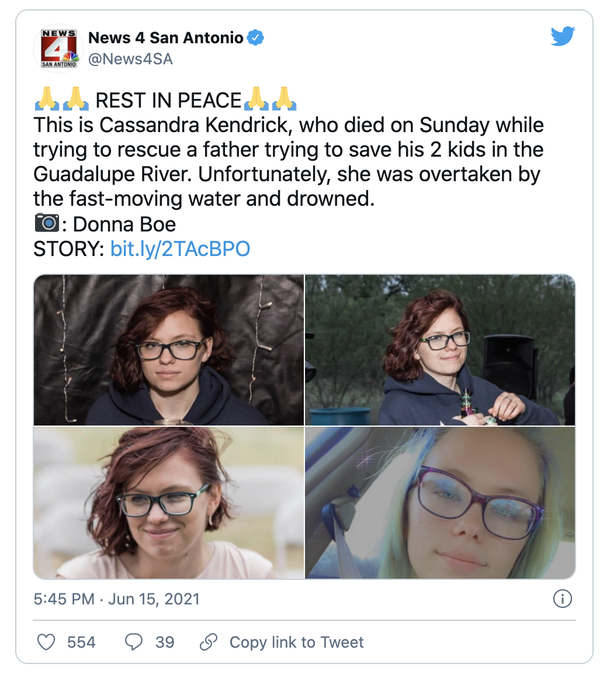 Cassandra’s body was found on Sunday evening and Victor’s body was recovered on Monday afternoon.

“She hung on to that baby and she passed it off and she did a good job.”

Her cousin, Alyssa Boe added: “People would be too scared, but she helped them and honestly I doubt she’d change a thing about it.” 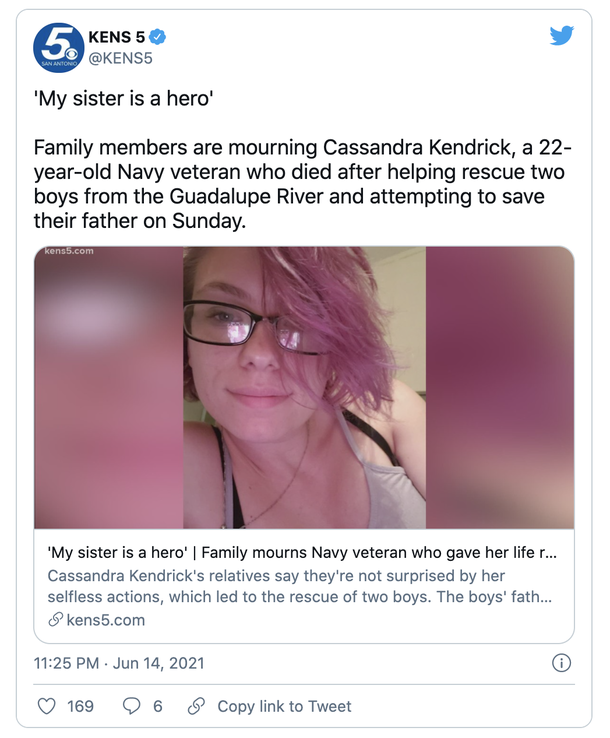 Cassandra had been enjoying a day out with 20 family members while Victor was spending the day with his three children on an island in the middle of the river in Guadalupe County when the tragedy happened.

Cassandra had jumped in as the father went underwater, witnesses said, but neither of them resurfaced.