President Joe Biden’s rescue dog, Major, may not be fit to live in the White House. Reports indicate that Major has bitten or threatened White House staff on at least two occasions and has been removed from the presidential residence to undergo further obedience training. Toward the beginning of Biden’s presidency, Major allegedly bit someone on White House grounds and was removed to the family home in Delaware for a while only to return and repeat the same offense.

Now, the Bidens’ dog will need to undergo further training after it was reported he bit another person at the White House. Major, a three-year-old German Shepherd rescue dog, has been struggling to adapt to life in the White House and has been going through extra training. Now, he is expected to get help from expert dog trainers in the Washington, D.C. area. 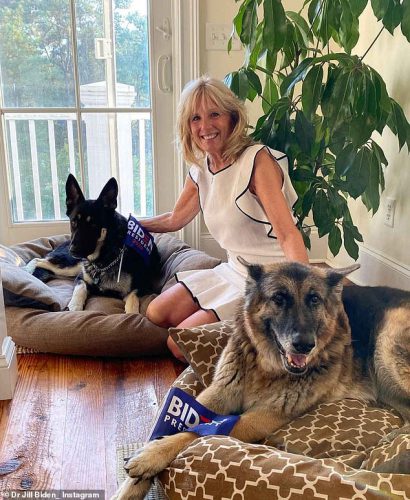 “Major, the Bidens’ younger dog, will undergo some additional training to help him adjust to life in the White House,” Michael LaRosa, a spokesperson for first lady Jill Biden, told DailyMail.com. “The off-site, private training will take place in the Washington, D.C. area, and it is expected to last a few weeks.”

Fortunately, both biting incidents did not cause serious harm. Both victims were checked by the White House Medical Unit, and the bites were both determined to be non-life-threatening. White House officials claim that Major had been “surprised” by the sudden presence of the person and was only “nipping” at people and not biting down hard.

Major is not used to living at the White House. The presidential mansion has 132 rooms and sits upon eighteen acres of land in downtown Washington, D.C. Because the home is constantly filled with aids and security personnel, Major has to get used to his new home if he wants to spend more time there.

The Bidens adopted Major into their family in 2018. Their other dog, Champ, is twelve years old and does not move as quickly as he once did. Major remains on a leash while on the White House grounds, but Champ, who is very well behaved, is allowed to roam the presidential grounds freely.

According to President Biden, he and Jill adopted Major on advice from Champ’s vet, who suggested the younger dog would help keep Champ more active. Major is now the first rescue dog to ever live in the White House.

“This is such an inappropriate place for a rescue who is obviously not acclimated to chaos and distraction. I really feel for the dog AND the poor staff who are tasked with that silliness. It isn’t fair to either of them.”

What do you think now that Major has bitten another person in the White House?