Home » Mom’s New Bikini Is Causing Outrage At The Beach

Mom’s New Bikini Is Causing Outrage At The Beach

Without a doubt, Tammy Hembrow is a controversial figure when it comes to celebrities around the world. Since rising to fame through her reality television career, Hembrow has shared a scandalous image of herself at the beach in her “naked bikini” designed by the California brand Minimale Animale. Hembrow, who is a mother and a social media influencer, decided to showcase her “nude” appearance on the internet via an Instagram post on Tuesday, and now she’s been accused of stirring the pot.

Hembrow, who likes to put it all out there for her viewing audience, shared the scandalous images and was met with a lot of support from her adoring fans. However, her haters were quick to hit back and accuse her of being too racy with her image. 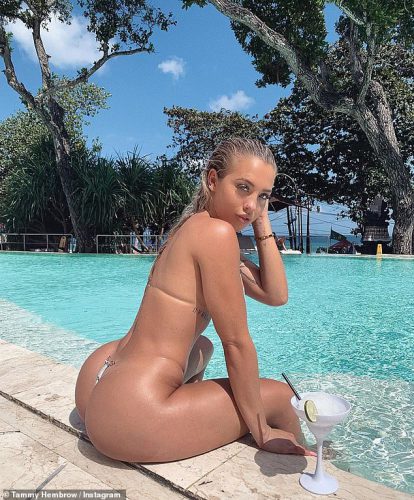 The “naked bikini” leaves very little to the imagination. Because the thong disappears into Hembrow’s ample curves, viewers were left with an image of the social media star as if there was nothing there. The minimalistic bikini has a G-string bottom and a tiny triangle bikini top.

Hembrow shared the images of herself on Instagram along with the following caption: “Tammy Hembrow x the Minimale Animale EUPHORIA launches tomorrow.”

Because this naughty naked bikini is her own design, she’s excited to be able to share it with all her fans on social media and influence them to buy it. 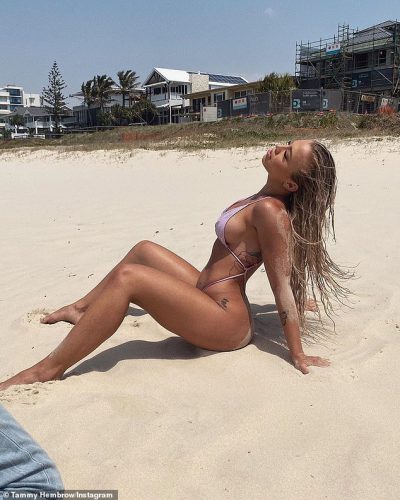 Hembrow’s announcement comes after some critics already called the daring bikini “unwearable” because it reveals so much of the female form.

Another wrote: “So how much is this piece of floss??”

“Lmao w this pic u literally don’t even see the suit, all they’re selling is body,” someone else pointed out.

While another person wrote: “This whole thing is 189 Australian dollars wtff. No way waste of money doesn’t even look like anything.” 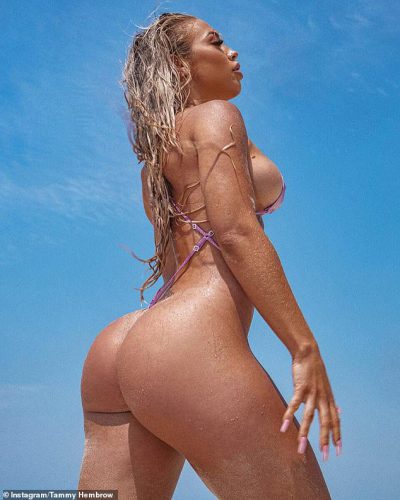 Because the design of the bikini requires “close contact” with the female body, it is not eligible for returns. That means you had better get your size right, or you’re out of luck, and Hembrow is happy with the purchase.

Readers on Daily Mail also had a lot of comments to share:

“Save your money, if you are going to show that much of yourself, you might as well go to a nudist beach for free! Ms. Hembrow, your Narcissistic Personality Disorder is out of control. For the sake of your kids, get professional help!!!”

“Apologies to Australia, I feel this entire ‘Hembrow Phenomenon’ was created by a mutant Kardashian gene that wind picked up in California and carried around the globe, somehow incubating in Australia. Profound apologies.” 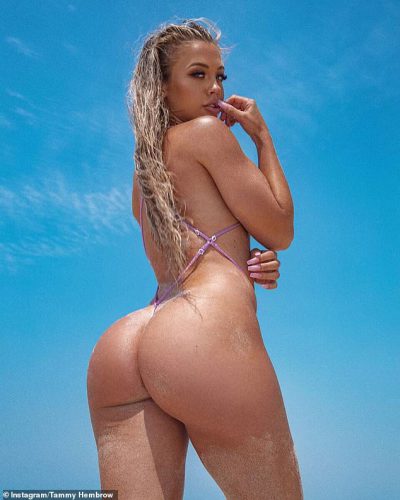 One astute viewer compared Hembrow’s ridiculous “naked bikini” design to the story of the Emperor’s New Clothes, where the emperor parades around without any clothes because he gets tricked into thinking they’re made of the most luxurious fabric.

What do you think about the bikini design? Should this be sold in stores?