Home » Man Sets Up Camera In His Backyard, “Accidentally” Records One Of America’s Rarest Animals 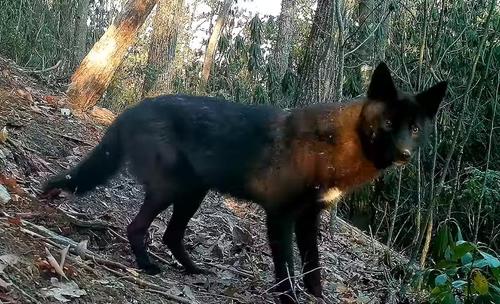 Man Sets Up Camera In His Backyard, “Accidentally” Records One Of America’s Rarest Animals

A homeowner from Hendersonville, North Carolina, always wanted to know what went down in the woods behind his property. Because he had heard urban legends about how mysterious creatures were said to walk the woods just beyond the outskirts of his home, the man figured it wouldn’t hurt to place a hidden camera and see what kind of wildlife would appear out of the trees.

But little did this homeowner know that a rare black coyote would be caught on camera prowling around the guy’s house. These animals are very rare in the United States.

According to the description in the viral YouTube video, “The occasional black coyote is seen in the great plains states and in the eastern states; they may actually be the result of hybridization with wolves. It would take DNA analysis to be sure.” Read the full article here ▶