Many people judge this man incorrectly. Because he wears skirts and high-heels to work every day, observers assumed that he is gay. However, Mark Bryan is a happily married man to a woman he never wants to leave. He also loves Porsche cars and high-speed riding. But he also loves wearing skirts and high-heels to work whenever he can. Mark loves wearing a skirt because it makes him feel open and free, so he puts one on for work, going out on the town, or even just when working around the house.

Mark, who resembles Amazon’s Jeff Bezos, is not shy about his love for women’s clothing. He has posed for numerous photographs in his skirts to show the world that he doesn’t care what people think about his way of dressing himself for the day. It makes him happy, and that’s all that matters to him and his family. 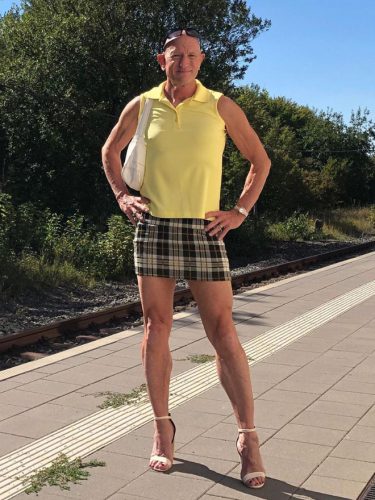 “I dress like this because I can. Just to be different. I have always admired the women that wore tight skirts and heels. Not sexually, but the power they presented. I don’t dress to be sexual, but to dress like any professional woman would. To me, clothes have no gender. I prefer skirts to dresses.” 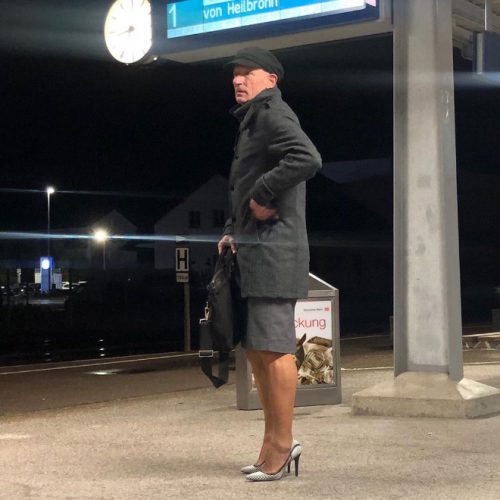 He added, “Dresses don’t allow me to mix the genders. I prefer a “masculine” look above the waist and a non-gendered look below the waist. It’s all about clothes having no gender.” 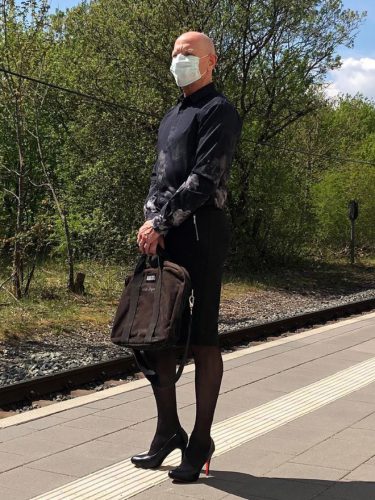 Mark understands that his clothing style is controversial. That’s why he has used that to his advantage. Mark shares frequent photos on Instagram to show people how he dresses for work or when going out on the town.

On Instagram, Mark describes himself, saying: “I am just a straight, happily married guy that loves Porsche’s, beautiful women, and incorporating high heels and skirts into my daily wardrobe.” 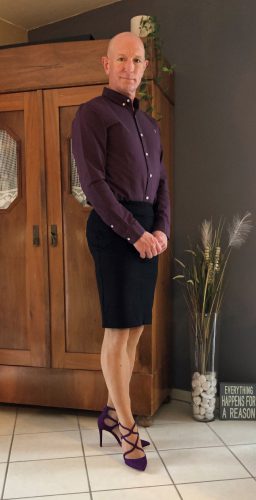 “Decided to wear some boots today and a longer skirt. It’s not cold today, but very cool. I worked at home this morning and now going into the office to meet with my 2nd shift group. I am just a normal, happily married, straight guy that loves Porsche’s, beautiful women, and likes to incorporate a skirt and heels into his daily wardrobe. Clothes and shoes should have no gender.” 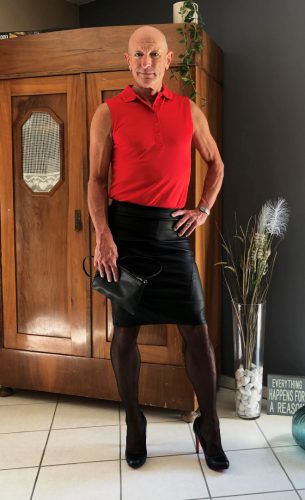 In another post, he wrote: “Working late and had dinner with a customer after our meeting. Missed my train so another 45 minutes till the next one. Been a while since I’ve taken pictures, so decided now was as good as ever. Got cold!” 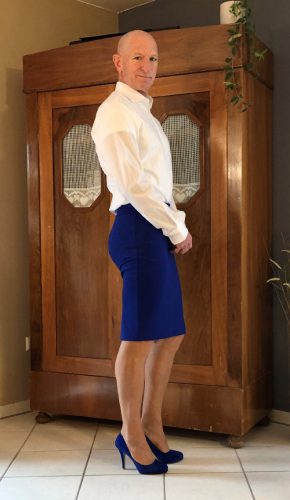 He wrote this in another post, “Yesterday after I got home, I quickly took off stockings, changed skirts, shirt, and picked a comfortable sandal to go out to dinner with my wife. The restaurant is an old converted train depot. Great steaks! Even though we had reservations, we still had about a 20-minute wait, so I went outside to take a few pictures. It seems I am spending too much time at train stations.”