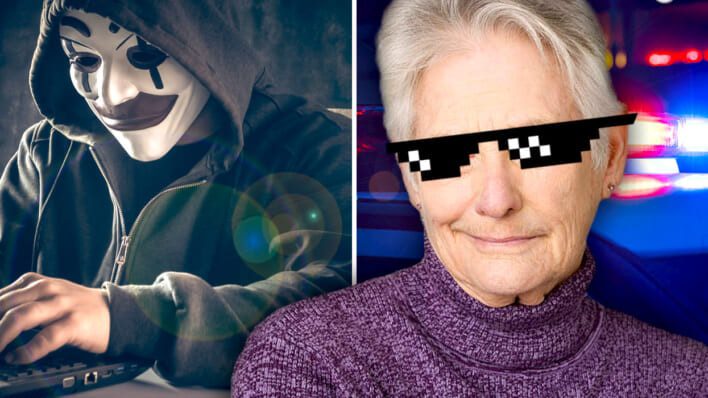 Agrandma of seven tricks a scammer into coming to her house and helps the cops arrest him.

Jean Ebbert, 73, of Long Island, New York, was target by scammers — but they had no idea who they were dealing with.

Ebbert, a former 911 dispatcher, knows exactly what a scam looks like.

Jean was texting with her son when someone claiming to be her grandson called her. The man said he was arrested for drinking under the influence and needed thousands of dollars in bail.

But Jean doesn’t have a grandson old enough to drive, so she knew she was being conned. Read the full story here ▶