Home » Girl Starts Puking & Can’t Stop, Then Dad Sees What Restaurant Employee Did To Her 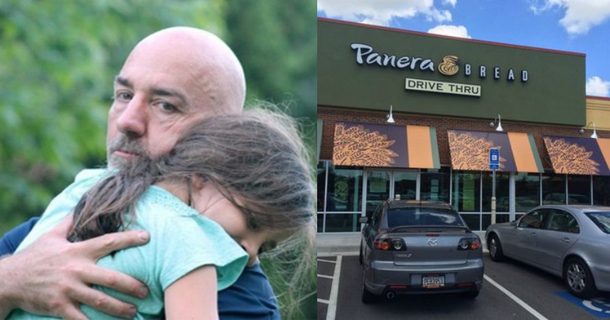 Girl Starts Puking & Can’t Stop, Then Dad Sees What Restaurant Employee Did To Her

In Massachusetts, the father of a 6-year-old girl sat down to have some lunch with his daughter one afternoon, when she suddenly started to vomit profusely after seeming perfectly fine moments before. The horrified father had no clue what caused her sickening condition and rushed her to the hospital when he learned what a restaurant employee had done.

John Russo is out for blood after nearly losing his little girl to a terrifying reaction she was having. Thankfully, she was spared seconds before it was too late, but now the father has been given a sick excuse for how it happened that makes the situation all the worse.

Russo said that he used the computer to place his family’s lunch order from the Panera restaurant in the town of Natick, which made picking the food up quicker and easier. Read the full article here ▶