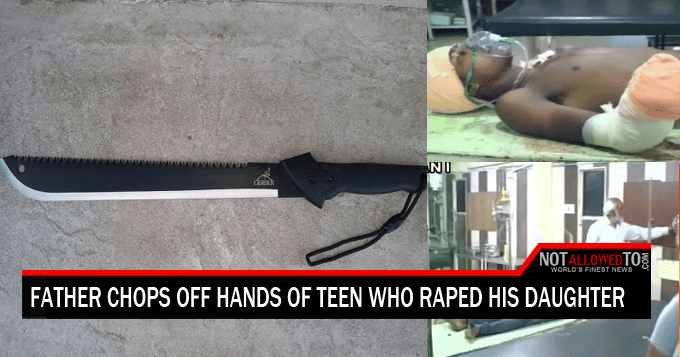 Father Chops Off Hands Of Teen Who Raped His Baby Daughter

A father has taken his own bloody revenge on a teen who’s been accused of raping his baby daughter by tying him to a tree and chopping off his hands with a machete.

According to reports, the attack took place after the 17-year-old appeared in court after he was allegedly caught by the baby’s mother raping the seven-month-old girl. Read the full article here ▶