Home » Family Couldn’t Afford Her Prom Dress, So Her Brother Sewed Her This One.

Family Couldn’t Afford Her Prom Dress, So Her Brother Sewed Her This One.

When Maverick Oyao learned that his beloved sister, Lu Asey Keanna, would not get the prom dress of her dreams, he decided to take matters into his own hands. Keanna’s family simply could not afford the price to get the luxurious prom dress Keanna wanted to wear for her high school dance. Because of the family’s financial struggles, Keanna accepted it as the fact that she wouldn’t get the dress she wanted and was resigned to skipping prom altogether.

However, Maverick Oyao knew that he had what it took to give his sister a prom dress she would absolutely love. Not only did Oyao want to create something beautiful for his sister to wear to her school’s Junior-Senior Prom, but he also wanted to make sure that he helped her go to the dance after a year of struggles amid the coronavirus pandemic. 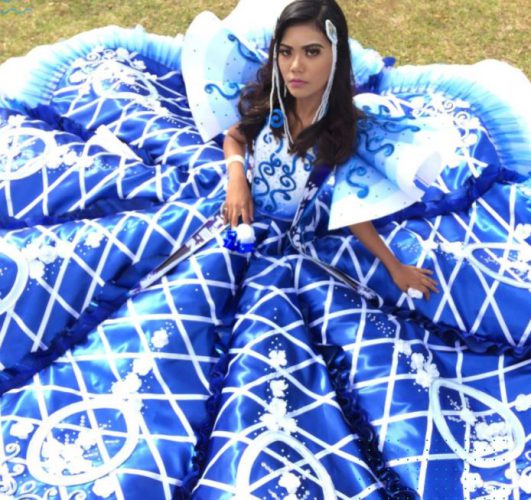 The problem was that Keanna was required to wear a ball gown to the prom dance. But she and her family could not afford such an expensive outfit, which was why Oyao stepped in to prove to his family that he has the skills required to create a beautiful dress with just the right fabric and materials. 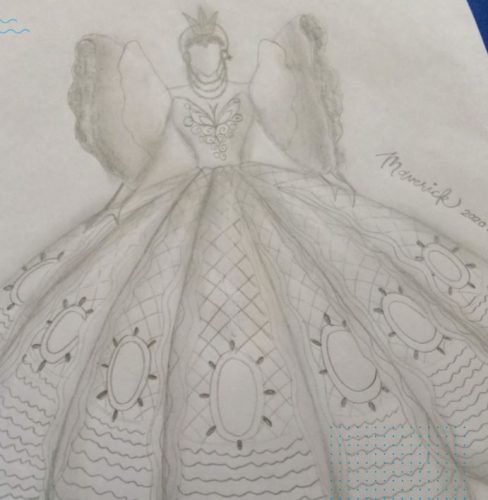 Maverick did not have too much time to create his sister’s dress. He went straight to the fabric store and spent about $62 on materials for the dress he had designed. He was going to create a flowing gown that would mesmerize anyone who saw it. 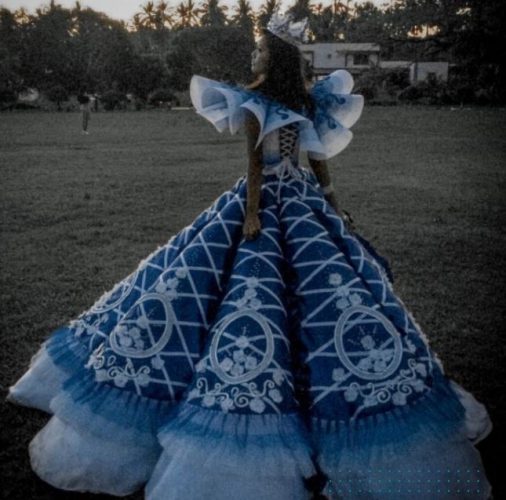 After visiting the hobby store, Maverick had everything he needed to create the gown for his sister. And he wanted to base his fashion design on the work by world-renown Filipino designer Michael Cinco. 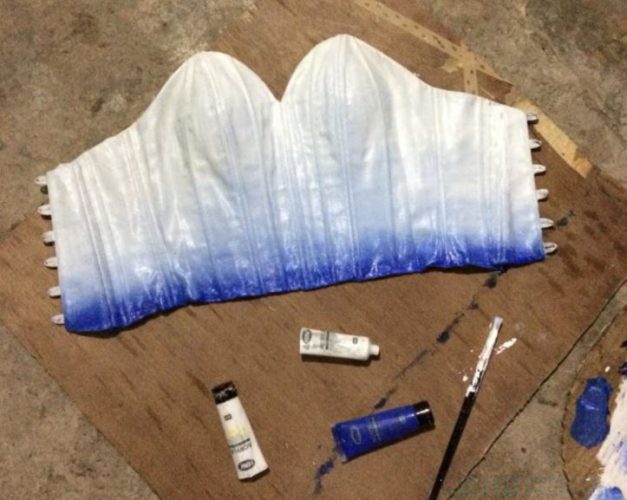 He began the challenging process of creating his sister’s ball gown by tackling the challenge one piece at a time. When he got to the corset, he knew exactly how he wanted it to look, so he used some fabric paint to get the desired effect. 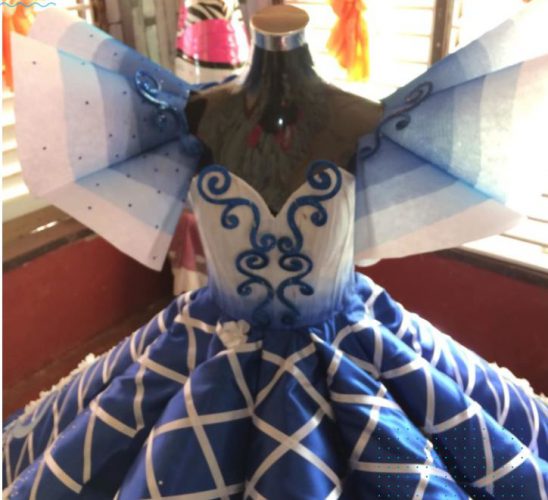 As the pieces of the dress started to come together, it was finally time for him to mock it up on a mannequin. When he did, he saw that his hard work had already been paying off. He continued by adding details to the dress to give it a luxurious look he was going for. 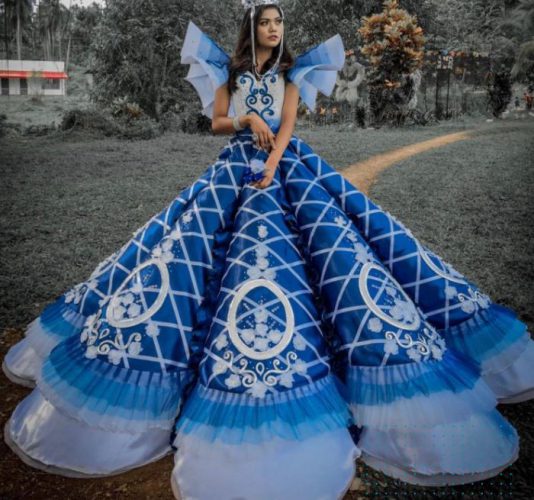 When he was finished, sister Lu Asey Keanna tried on the gown and was blown away by how amazing she looked. The gown matched the prom’s winter theme perfectly and made the young woman feel like a princess. 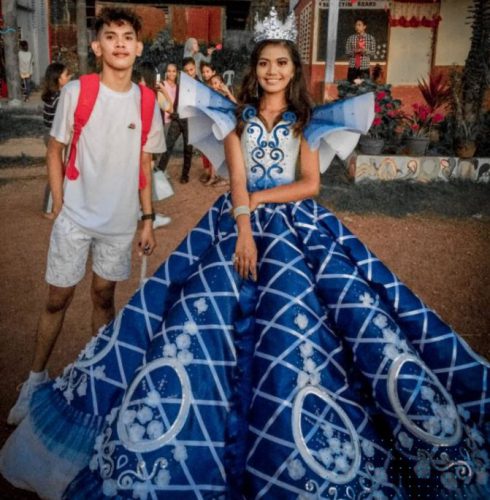 Maverick may have made a beautiful ball gown for his beloved sister, but it meant so much more to him than that. He was able to create something that helped his beautiful sister’s dream of going to prom come true.

“I’ve done my part very well as your supportive kuya (big brother), and I won’t get tired of supporting you. That’s my promise. I hope I made you happy this Valentine’s Day,” he said on his Facebook post dedicated to his sister.