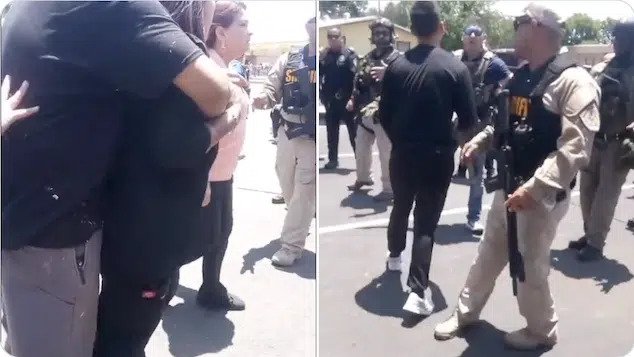 Uvalde parents pleaded to enter classroom as cops searched for keys for up to 60 minutes while gunman Salvador Ramos was barricaded inside with his victims. ‘What are you doing!? Get inside the building!’

Video has emerged showing Texas police restraining desperate parents as they sought to enter a classroom and rescue their kids after a gunman barricaded himself inside the elementary school, picking off at the defenceless children.

By the time police were able to find keys and access the building, some 90 minutes later, Salvador Ramos, 18, had already killed 19 children along with 2 teachers. He would be eventually be brought down fatally upon engaging officers. Read the full article here ▶