You may not know Officer Michael Rivers, but he’s a man who should not be overlooked. A true hero in his community, Officer Rivers joined the Goldsboro Police Department because he wanted to protect and serve his community like the good cops he always admired growing up. That’s why he went out of his way to share a pizza with a homeless woman who touched him with her story.

No one would have known about Officer Rivers’s good deed if Cassie Lea Parker hadn’t taken their picture. According to her boyfriend, Chris Barnes, Cassie was at the park during her lunch break “and observed Goldsboro’s Finest enjoying lunch with a homeless person.” 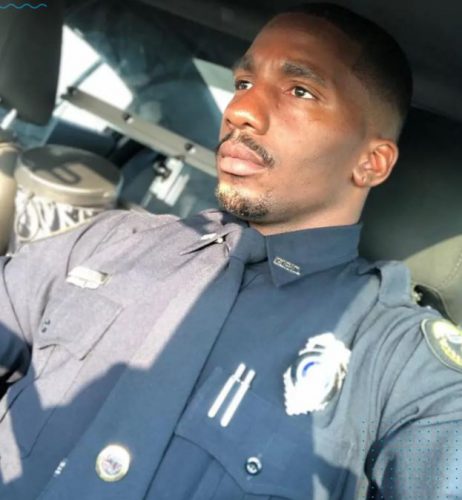 Officer Rivers was inspired to help this homeless woman in particular in part because of the message that was printed across the front of her white T-shirt. It said, “Homeless. The fastest way of becoming nothing.” The message embodied despair, lack of hope and touched Officers Rivers’s heart because he knew that how much impact he could have on this woman’s life by demonstrating the true value of police officers in American communities.

“Law enforcement does so much for our community, with a lot of it going unnoticed,” Chris Barnes wrote. “We see you, Goldsboro P.D. Keep up the good work.” 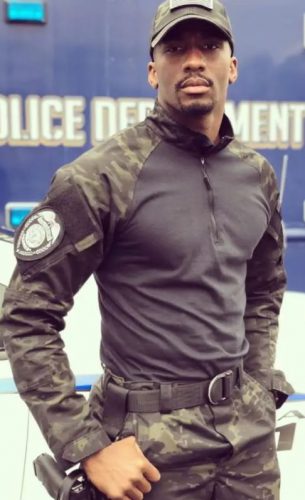 Rivers drove up to the corner where the homeless woman sat and rolled down his window. He said the pair acknowledge each other and had an interaction. He started to drive away but felt the spirit pulling on him to stay, to do something more than just smile at this homeless woman. 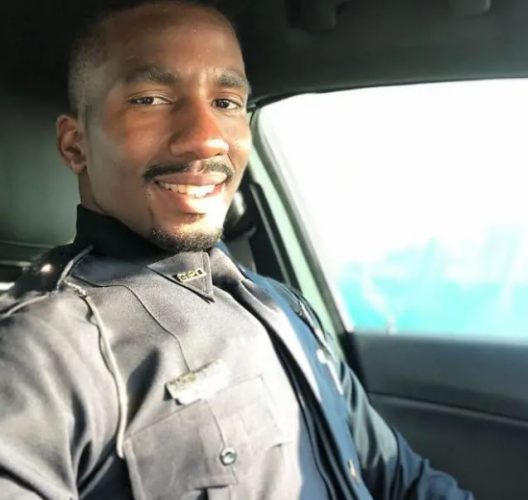 On a mission to serve this hungry, homeless woman lunch, he drove to a nearby pizza place and purchased two pies, one pepperoni, one cheese because he wasn’t sure which one was her favorite. He returned to the grassy spot in the community where the woman was already sitting and took a seat next to her. They shared a meal together and enjoyed the conversation.

Officer Rivers learned that her name was Michelle and the pair spoke for about forty-five minutes. She preferred the pepperoni pizza over the cheese, by the way.

When the lunch date came to an end, Officer Rivers bid Michelle a good day and then went back to his cruiser. Fortunately, both of them went about the rest of their day a little bit happier than they were before they met.

The photo of Officer Rivers sharing pizza with Michelle has made an impact online. Thousands of fans have shared their compliments as comments.

“Learn from this beautiful interaction. Acknowledge the homeless, don’t forget they’re people just like you and me. There’s nothing wrong with a warm smile and a friendly hello. A little chit-chat doesn’t hurt either.” 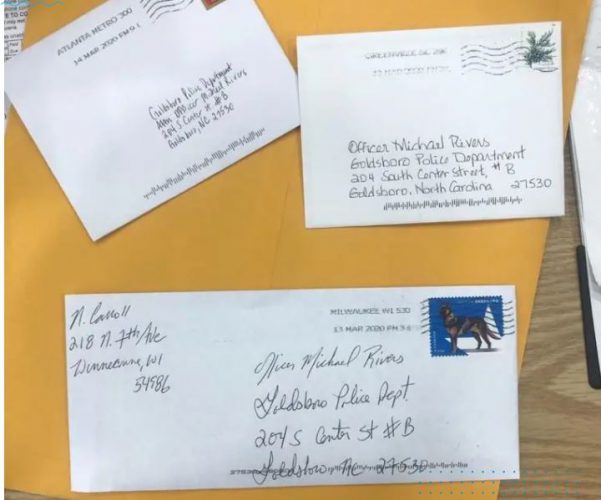 Now that the community has been assured that Officer Rivers is a good cop – just like he always dreamed of becoming – he’s been getting fan mail from admirers. These people are hand-writing letters to good Officer Rivers.

Do you have anything you’d like to say to the good cop?