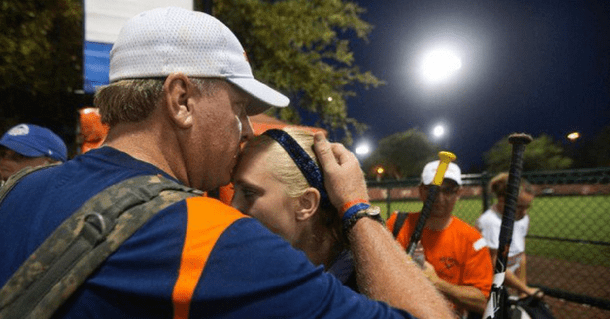 A proud father recently took to Twitter to congratulate his daughter on being accepted to college, where she will pitch for the softball team.

Then the trolls showed up and changed everything. Unfortunately for the trolls, the proud father was none other than retired World Series MVP and future Hall of Fame pitcher for the Boston Red Sox, Curt Schilling, and he wasn’t about to let the trolls win.

Schilling, a former Boston Red Sox pitcher who’s won a World Series MVP award, posted an innocent tweet congratulating his daughter on getting accepted into the Rhode Island college Salve Regina, where she’ll be following in her father’s footsteps and pitching for their softball team, the Seahawks. Read the full article here ▶