Home » After What These 3 People Did To A Child, The Death Penalty Would Be Too Kind 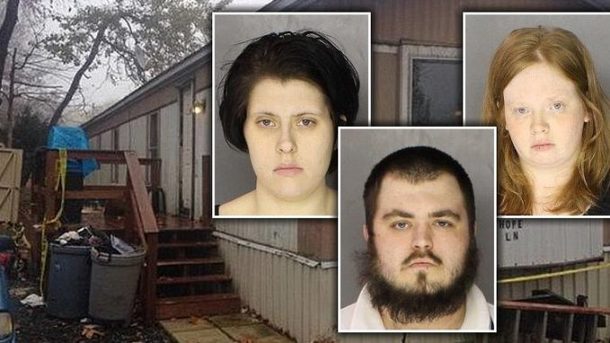 After What These 3 People Did To A Child, The Death Penalty Would Be Too Kind

A mother, her live-in boyfriend, and his wife were all facing charges after the disturbing and horrifically heartless thing they did to the woman’s child. The boy’s brother finally exposed exactly what happened, and once you hear what they did to the toddler over the course of three days, the death penalty sounds too kind.

Scotty McMillan of Pennsylvania was just three years old when he met a tragic end at the hands of his own mother Jillian Tait and her 25-year-old boyfriend Gary Fellenbaum, all while Fellenbaum’s wife Amber watched.

After the child suffered days of torture before passing away, the three adults involved, who Chester County District Attorney Tom Hogan said all lived together in a trailer park on Hope Lane in West Caln Township, were arrested for their part in the child’s death. Read the full article here ▶