One of the best rewards of hard work paying off at school is the chance to walk across the graduation stage in front of family and friends.

However, one 18-year-old student was denied his hard-earned reward because he wasn’t wearing the “proper” shoes.

Daverius Peters couldn’t enter the graduation hall at Hahnville High School on May 19 due to the shoes he was wearing.

The 18-year-old arrived at the Boutte, Louisiana school but a representative would not let him in because he had, as she said, the wrong shoes, USA Today reported. 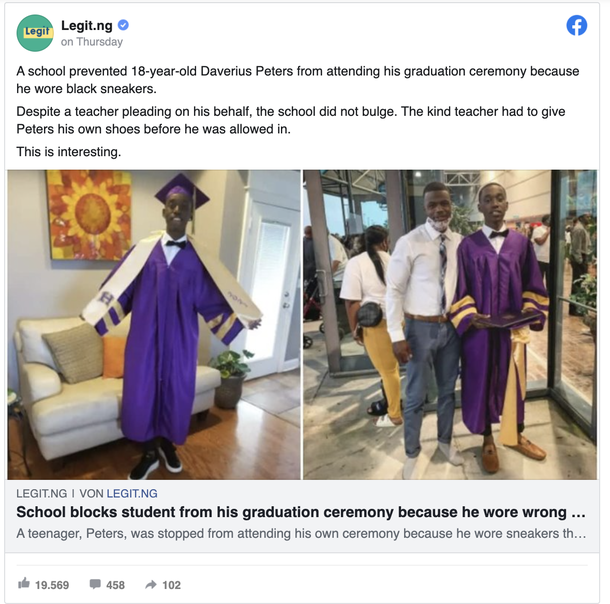 Daverius had on black leather sneakers that had white soles when the school had asked male students to wear dark dress shoes. Athletic shoes were expressly forbidden.

“I thought I could wear them because they’re black,” he told The Washington Post.

“She just stopped me saying I couldn’t wear my shoes,” he said. “Another kid had the exact same shoes, so I was confused,” he said, as per USA Today. 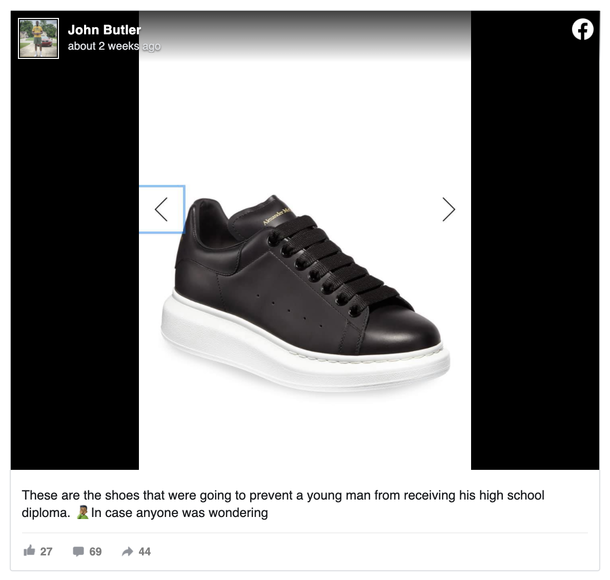 “I was in shock. I felt humiliated. I just wanted to walk across the stage and get my diploma.”

As Daverius panicked at the thought of missing out on such a pivotal moment in his life, he reached out to another staff member who was there as a parent John Butler, who also mentors many students.

John tried to appeal to the woman who had stopped Daverius from entering “But she insisted on not letting this young man in, and I didn’t have time to go back and forth with her,” John told the Post.

John decided the only way to help this young man was to give him his own shoes so stood barefoot while Daverius made it to the ceremony just as the doors were closing. 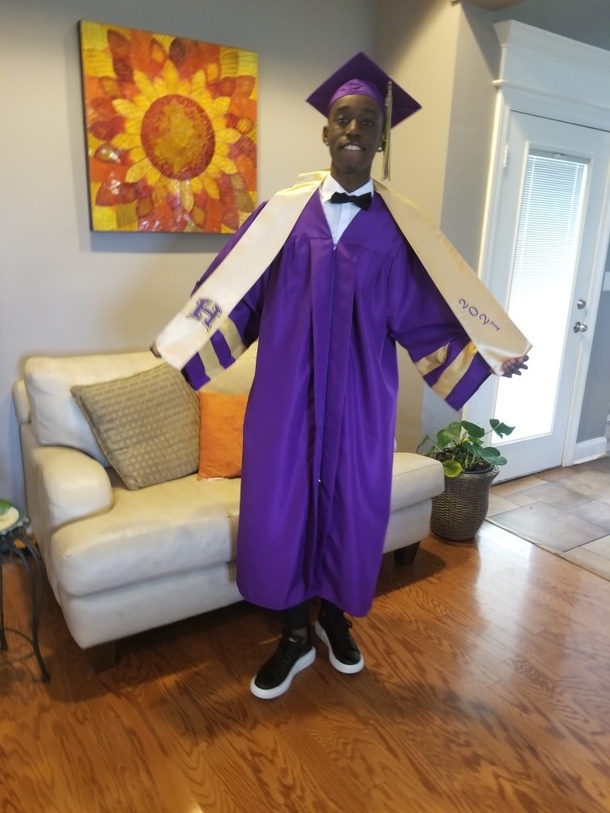 He watched the ceremony in just his socks and it wasn’t long before people started to notice and point out the man in the audience with no shoes on but John didn’t care.

“Something that small shouldn’t rob a kid from experiencing this major moment,” he told the Post.

Daverius’ mom was even confused at her son’s new attire: “I’m like, ‘That is Daverius,’ and they were like, ‘No, that is not Daverius. That kid has on brown shoes,’” she said.

Now John is planning to meet with school officials to have them review the graduation dress code. 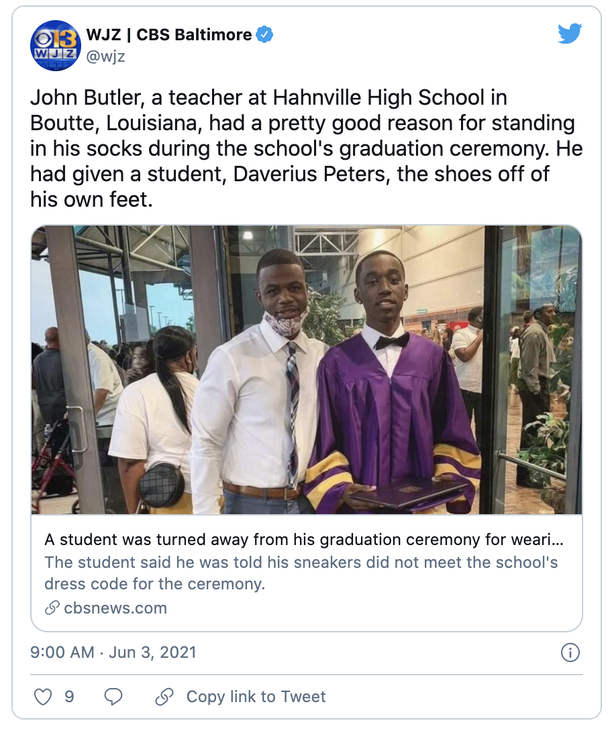 Stevie Crovetto, the director of public information for the school, told the Post: “As with any policy that we have in place, any time an opportunity is presented to us to review and to make improvements, we absolutely will follow up on that.”

Daverius’ mother said the family was upset the school was going to prevent her son from walking across the stage, especially after spending this past year learning remotely due to chronic asthma.

“He worked so hard, and for someone to just rip that away from him, that was maddening to me,” Smith told the Post.

She also reached out to John Butler to thank him for his kind actions.

“I called and contacted him, and had a conversation with him asking him exactly what happened. … I was literally in tears because I did not know all of this took place and that my son had to experience it,” she told USA Today. 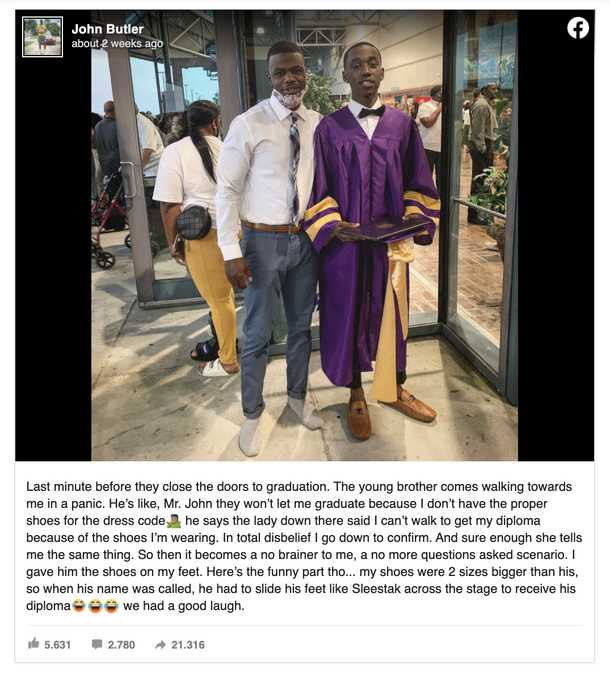 Thank the lord for John Butler. Everyone show gratitude and say thank you to the man that came to the rescue by sharing this story and hope that it moves the school to change its dress policy.