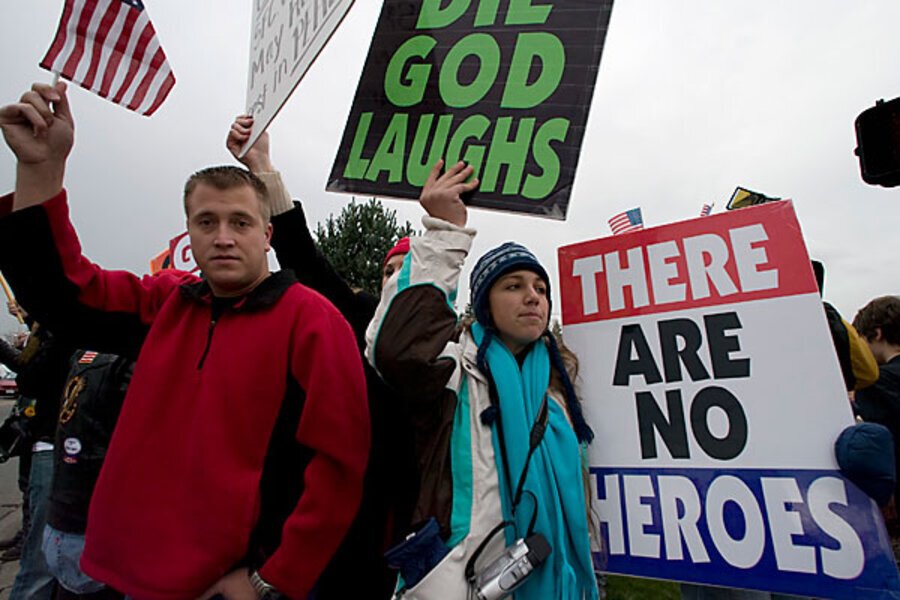 When word got out the Westboro Baptist Church was going to picket a Marine’s funeral, a group of veterans knew exactly what they had to do (video below).

Marine Cpl. Richard Bennet died at the age of 25 in a helicopter crash in Iraq. The Westboro Baptist Church reportedly chose to protest at his funeral because it believes God kills members of the military due to America’s acceptance of homosexuality, reports Little Things. Read the full article here ▶