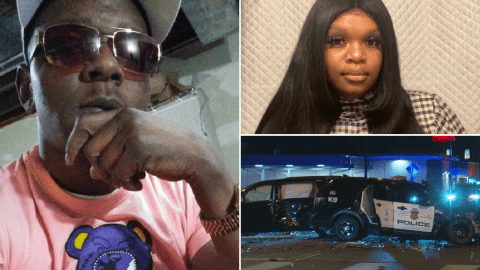 The uncle of Darnella Frazier, the teen who filmed the murder of George Floyd, was killed in a crash involving a police squad car in Minneapolis, CBS Minnesota reported Tuesday.

Authorities said a police vehicle was chasing after a carjacking and robbery suspect just after midnight Tuesday. While the suspect got away, the police car collided with two vehicles that weren’t involved in the chase, killing one of the drivers. Family members told CBS Minnesota said the driver of the car was identified as Leneal Frazier. Read the full article here ▶