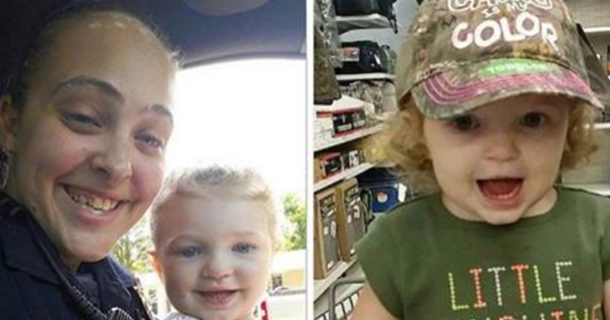 Two police officers have been placed on administrative leave after a 3-year-old girl was found dead in a patrol car in Hancock County, Mississippi.

Cheyenne Hyer had reportedly been left in the patrol car of officer Cassie Barker for approximately four hours, according to WLOX.
Barker was off duty at the time and visiting another officer, Clark Ladner. Police say they are unclear on Ladner’s part in the incident.
“We don’t even know if he knew the child was in the car,” said Hancock County Chief Deputy Don Bass, the Jackson Clarion Ledger reported.

Police say the air conditioning was running in the vehicle when they found Cheyenne. She was taken to a local medical center where she was pronounced dead. Ryan Hyer, Cheyenne’s father, told the Clarion Ledger he brought up Cheyenne until she was 2, when he and Barker split up. Read the full article here ▶