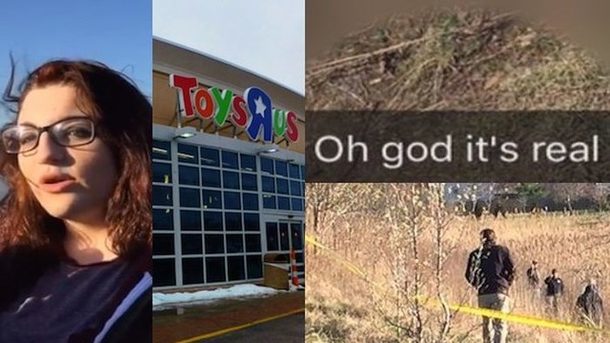 Teenager Makes Unfortunate Find In Field Behind Toys R Us

Two teenagers came across human skeletal remains behind a Toys “R” Us store in Parma, Ohio, April 5.Mariah Welling-Tessmer, 16, and her friend Chris Pogozelski, 17, were walking through a grassy field about 200 yards behind the shopping center where the Toys “R” Us store is located when they found the remains, Cleveland.com reported.

The teens said they discovered what appeared to be bones and a skull near two mattresses. They also found piles of clothing near the mattresses. “We saw the bones and I was like, ‘That’s a femur!’ and then walking forward more, we saw the skull,” Chris told Cleveland.com.

“We saw this mattress and a whole bunch of teddy bears,” Mariah added. Read the full article here ▶