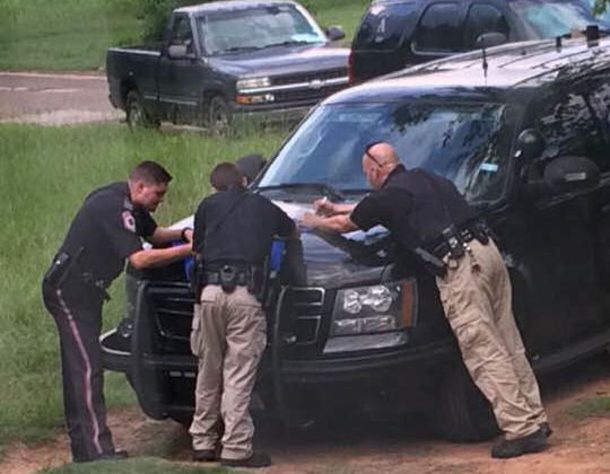 A photo of three officers has recently gone viral after a mother from Arp, Texas, posted it on social media. Although the picture appears to have captured the three men working, the mother revealed what they were really caught doing, and now, people can’t stop talking about it.

Sherry Lynn Hillard is the mother of an autistic boy named John, who is a fan of the popular kids’ show “Blues Clues.”

Unfortunately, when he realized that he didn’t own a shirt like the host of the show, he became very upset and eventually escalated into a fit of rage that led Sherry to seek the help of her local law enforcement. Read the full story here ▶