Home » Man Discovers That He Will Be A Father And Grandfather All In The Same Week, You Won’t Believe This 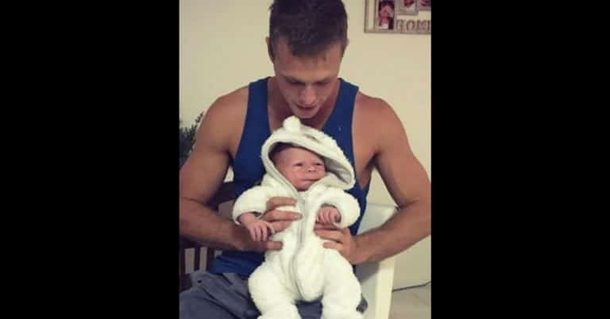 Man Discovers That He Will Be A Father And Grandfather All In The Same Week, You Won’t Believe This

Tom Connolly was just a normal 23-year-old athlete studying at the University of the Sunshine Coast in Australia – that is, until he received some heartbreaking news about his 17-year-old cousin, Kiarna.

Tom learned that Kiarna was living on the streets and was 32 weeks pregnant. He was heartbroken that she was in such a desperate situation, especially since she had been his favorite cousin growing up and he had so many fond memories of their childhood together.

Kiarna had no shoes, no phone, no home, and the baby’s father was in jail. Tom decided that he would take her in “to make sure she’d keep the baby, stay off the streets and have a better life.” Read the full story here ▶