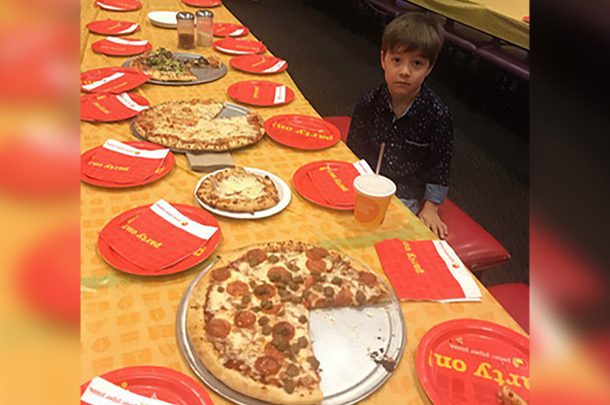 An Arizona mom says none of her son’s kindergarten friends showed up to his birthday party — after she sent 32 invitations to his classmates.

Teddy’s party was held at a Peter Piper Pizza restaurant in Tucson on Sunday afternoon. Sil Mazzini, Teddy’s mom, said that 32 invitations were sent out, inviting the kindergartner’s classmates and their parents to join him for celebrations at the restaurant.

She said a few people did respond that they were unable to make it, but out of everyone else — no one came. Read the full story here ▶