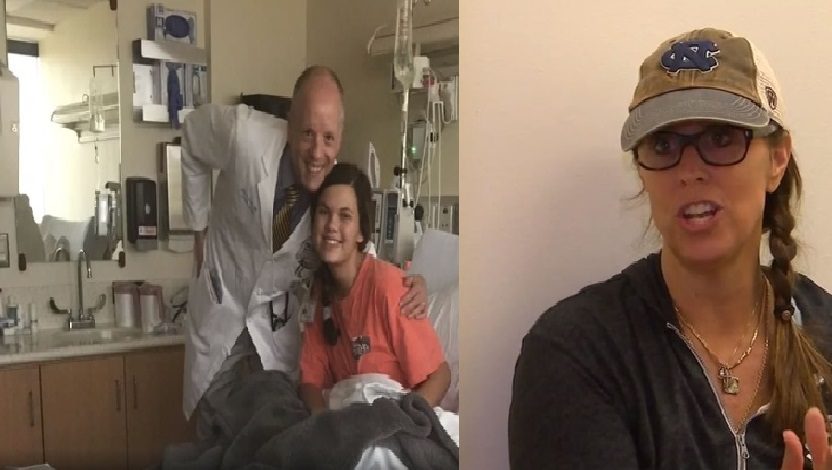 Many people if they had the option probably would go back to their teenage years. Let’s be honest, it can be a major change physically, mentally and emotionally. The whole transition can be pretty overwhelming.

For teen girl LewLew Whayne, she had to deal with these changes and also a mystery sickness that changed her life.
The poor teen couldn’t keep any food down, not even water, and was wasting away, suffering with nausea. She ended up missing a whole semester of school, often vomiting up to 80 times a day.

When a feeding tube had to be inserted into her mom Laura decided drastic action had to occur if she was to save her daughter. Thanks to Laura’s persistence something amazing happened that changed the life of her starving daughter.

Doctors refused to diagnose the issue for months, believing that it wasn’t a physical issue, but her mom knew best and followed her instinct all the way! 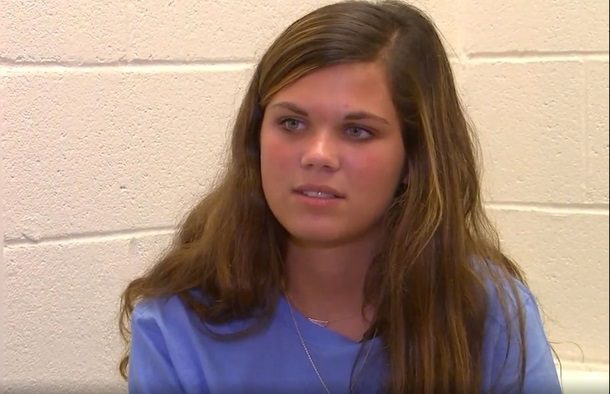 Disappointed with the doctors’ responses she started to research her daughter’s symptoms and see if she could diagnose the issue. Then she came across the description of an illness and a light bulb went off.

Superior Mesenteric Artery Syndrome (SMAS) causes a part of the small intestine called the duodenum to close off, making it impossible for food or liquid to pass through. When Laura saw the description she knew there was a strong possibility her daughter could have it.
The way doctors test for SMAS is by getting the patient to try eating or drinking lying down, but unfortunately LewLew was able to pass the tests by drinking a smoothie while laying down, therefore ruling out the condition.

Mom Laura (pictured below) refused to give up until she had found a doctor who would test her both lying down and standing up. As soon as they tested her standing up, they witnessed the experience she had suffered hundreds of times, and diagnosed her suffering with SMAS.
“And sure enough, there it was … her duodenum shut standing up and lying down,” Laura told ABC11. “But opened up enough lying down to let smoothies go through.. therefore, the diagnosis that changed our lives.” 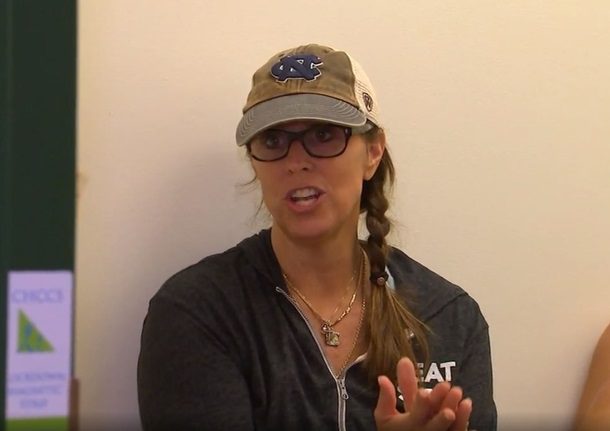 Dr. John Petty (pictured below) was the only doctor who would carry out the tests that Laura wanted for her daughter and finally found the cause of this Chapel Hill girl’s 10-month long struggle.
He admitted that the disease was rare, but he was able to do the operation and then came time to wait and see if it would work. 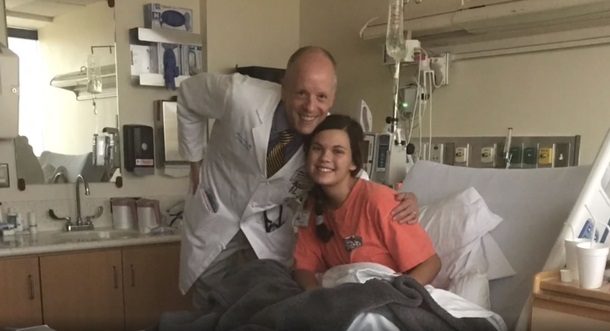 “Everybody was kind of had the hair standing up on the back of their neck, wondering how is this going to go but it was pretty quick. They could tell there was a big change,” Dr. Petty explained.

To the relief of all those around her for the first time in ten months, LewLew was able to eat food sitting up, all thanks to her mother’s determination to follow her instinct and do what’s best for her child.

“I just knew that they were wrong about LewLew and she could have gotten her life back earlier if they had known how to test this standing up,” her relieved mother said.

“That kind of care of a mother toward a daughter, it’s a lesson that’s bigger than the operating room. Something for all of us that have children and live in families…we can relate to that,” added Dr. Petty, who now wants to write about LewLew’s symptoms in a medical journal so more doctors are aware of the issue.

All parents know how scary it is when our child gets sick and we don’t know what’s wrong. Laura’s bravery, determination and even more important mother’s instinct, proved what can be achieved.
Please share this important story so more awareness can be raised about this awful illness.