Home » Family Gathers To Say Goodbye To Mom. Then Son Looks At Dad. What He Sees Makes Him Gasp 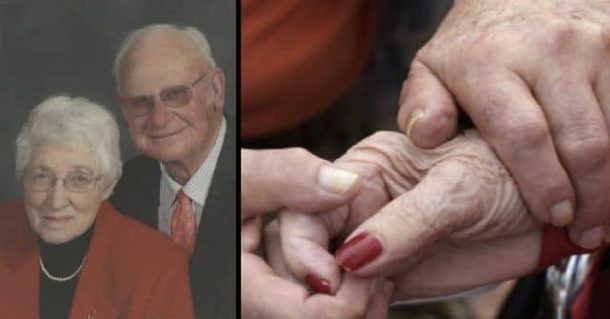 Family Gathers To Say Goodbye To Mom. Then Son Looks At Dad. What He Sees Makes Him Gasp

It can be hard to define love because it often defies all logic or reason. Such is the case with couple Henry and Jeanette De Lange.
The South Dakota pair spent 63 years of their lives together, raising a family and growing together in their love for each other.

Time can be cruel, though. In their later years Jeanette developed Alzheimer’s disease and Henry began a battle with prostate cancer. But through it all the two never left each other’s sides.

Knowing that Jeanette was close to passing, the family gathered to say their goodbyes. And that’s when something remarkable happened.
Jeanette’s family read to her from Psalm 103, and as they read she passed away peacefully.Read the full article here ▶