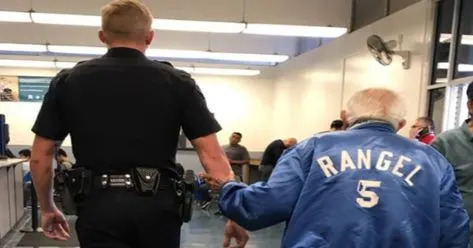 Elderly Man Kicked Out Of Bank Of America, Then Police Officer Takes Action

A police officer in California warmed hearts after he helped an elderly man who had been kicked out of a bank.

It all began after Officer Robert Josett received a call from a local Bank of America about a 92-year-old man causing a scene, reports Shareably.

The elderly man was agitated; he had tried to withdraw money from his account but had encountered trouble doing so. As his ID had expired, the bank was unable to process his request. Read the full article here ▶