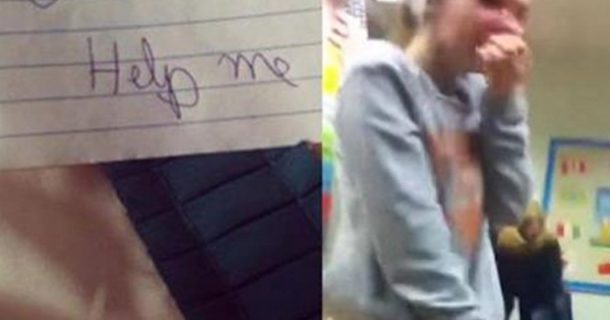 A Louisiana man has been arrested for holding a woman and her daughter against their will in a trailer. When an 11-year-old girl went to East Feliciana Middle School on Nov. 2, she brought a handwritten note with her. The note stated that she was scared and being held against her will, CNN reported.

The girl gave the note to school officials, who then called police. East Feliciana Parish Sheriff Jeff Travis said the girl and her mother were being held at a trailer that belonged to a family friend “for at least a couple of weeks.”

“It’s very alarming when a student shows up with a note asking for help,” Travis told CNN. Travis did not give specifics as to what the note said, but said it implied that the mother needed help. Read the full article here ▶