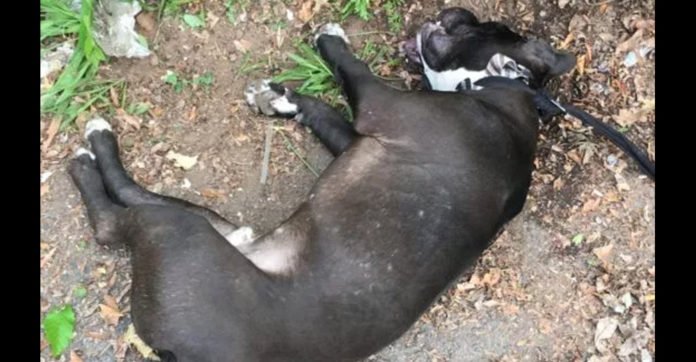 Cruel Man Caught Hanging Dog From A Fence With A Belt

Before we start, we should tell you that the dog you see in the image was killed in a senseless act of cruelty in Newark, New Jersey.

According to reports, the dog, an apparent stray, was seen chasing people when suddenly a stranger appeared and took off his belt.

The dog was resting near some cars, and the man approached the dog and put his belt around the dog’s neck. Read the full article here ▶