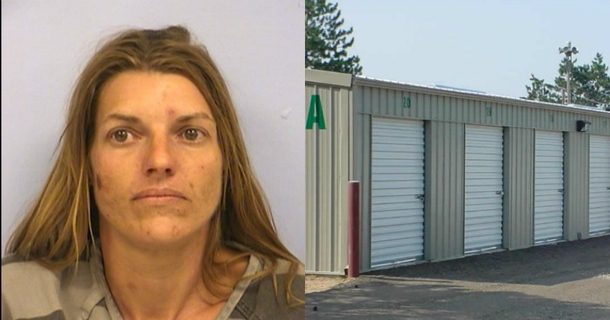 According to KEYE, an overwhelming stench of urine and filth was coming from one man who was seen lingering outside the unit. Perhaps what was in the unit was even too much for this scumbag who cared more about himself than the child locked up inside.

Police found a 7-year-old boy with 36-year-old Carissa Esther Chancey laying on the ground in the hot locker surrounded by drugs, paraphernalia, and feces.

Along with the strong stench of urine, investigators were sickened by the overwhelming ammonia fumes coming from the 3-foot by 12-foot storage unit. Multiple rats were inhabiting the small space with them, milling around a bag containing marijuana and two improvised marijuana pipes found near the woman and child. Read the full article here ▶