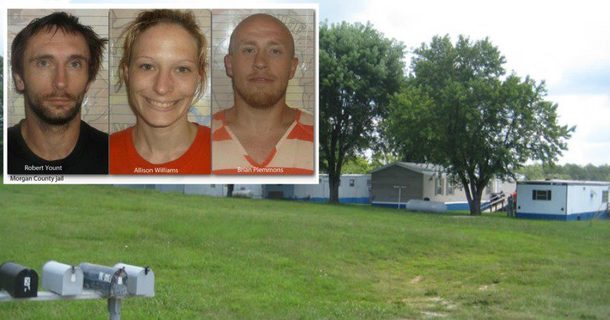 When Missouri officers were investigating a separate crime, they happened to come across a highly intoxicated 9-year-old girl near the scene.

However, her being drunk was only part of the problem when they realized what she was toting around with her from three depraved monsters whose sick secret got out.

Residents in the area of Gravois Mill originally called the police on Friday night to report what they thought was shots going off inside a nearby home. Read the full story here ▶