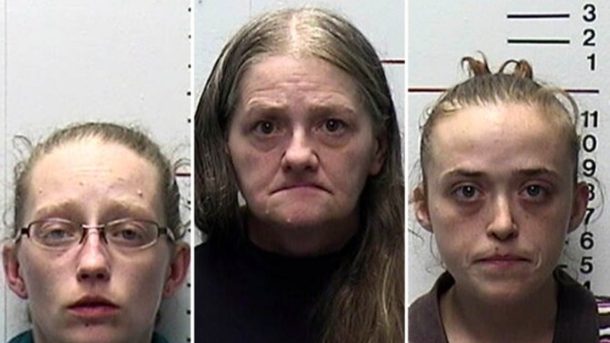 Three sick women have been arrested and charged for reportedly beating two kids in a span of 22 hours and ultimately killing one of the children.

The children were abused at a Middletown, Ohio motel and their injuries were so extreme that cops and paramedics broke down in tears once they left the scene, WDTN reports.

Police said that the children, 5-years-old and 6-years-old, were wrapped in bed sheets and brutally attacked after one of them took food because they were hungry. Read the full story here ▶