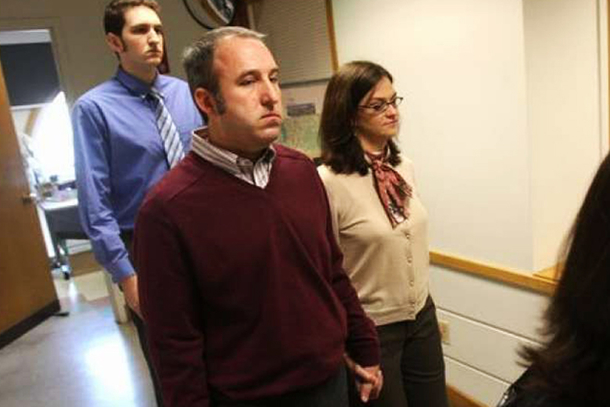 Jon Pomeroy and Rebecca Long were described by one neighbor as “very ‘to-themselves’ kind of people.” They avoided contact with people in the community and neighbors would soon learn the disturbing reason why.

The couple had two children, a 14-year-old girl and a 12-year-old boy. Both children were from Jon Pomeroy’s previous marriage… The children were also kept away from people and rarely left the house. The parents decided to home school them, which Rebecca mostly handled.

Pomeroy and Long probably would have gone along leading their quiet, isolated lives, hiding their dark secrets, had it not been for a sound one neighbor heard. Late one evening, one of their neighbors heard what sounded to her like a child screaming.

The neighbor tried to put it out of her mind but just couldn’t get over the feeling that something was really wrong. She trusted her gut and when the next day came she called child protective services. It was a good thing that she did because when investigators arrived at Pomeroy and Long’s home, they saw a disturbing situation… Read the full article here ▶