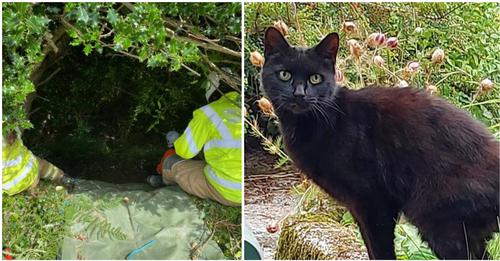 It’s always great to have a loyal pet by your side. Animals have great instincts and can jump into action to help you if you get into an emergency situation.

Like one smart cat, who has been credited with saving the life of his 83-year-old owner after she fell into a ravine.

On August 14, the Bodmin Police, in England, began a search for an elderly woman who had gone missing in the area. But it didn’t take long until they had a breakthrough, thanks to an unlikely source.

A local woman reportedly heard a cat incessantly meowing at the corner of a large maize field. Read the full story here ▶