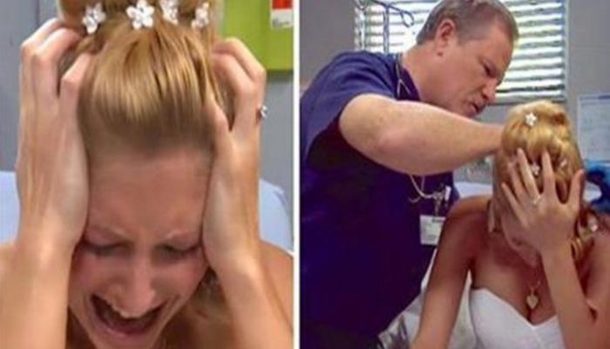 One panicky bride ended up in the hospital on her wedding day after many thought she lost her mind, but the truth turned out to be far creepier.

The mother of the bride, Kelly, told Dr. Edward Panacek she feared her daughter, who was due to be married that day, was suffering from hallucinations and anxiety, LittleThings reports.

She feared her daughter had lost her mind and wanted her to undergo a psychiatric evaluation. Yet Panacek did not think Kelly had a mental issue. Read the full story here ▶