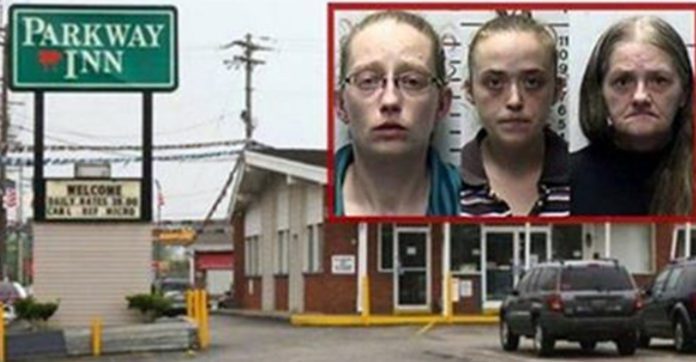 Two boys ages five and six were taken to a hotel in Middletown, Ohio by three women.

Over a period of 22 hours, the boys were beaten, the five-year-old, Alexander Stephens, died from his injuries.

According to reports, the boys took food, and as a punishment, they were both wrapped in bed sheets, and the assault began.

The boy’s mother, Theresa Hawkins-Stephens, 26, was arrested along with her friend Rachel Bostian.

Both women were charged with two counts of endangering children and two counts of felonious assault, and murder. Read the full article here ▶