A family that was selling their produce at a farmer’s market found themselves in hot water when they began promoting their religious views as well. Because the family felt that their business was kicked out of the farmer’s market because of their Christian beliefs, they’re not coming forward to fight back and defend their first amendment right to practice whatever religion they choose.

The incident began when a potential client asked the family farm – The Country Mill – if they would be open to hosting a same-sex marriage at their wedding venue. The Christian family quickly came back with a hard no, refusing to serve any client who wanted to pay them to host their same-sex marriage on their farm. However, this decision came with far-reaching consequences that the small business never saw coming. 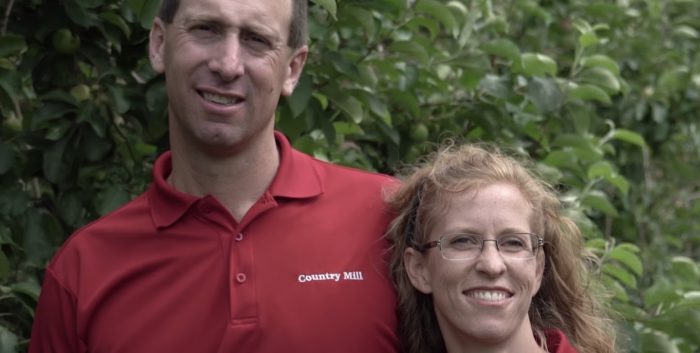 The message that sparked the controversy was responded to in the following way. This is what the Christian farm family wrote back to their potential same-sex clients.

“Thank you for inquiring about our family farm. We do host weddings on our farm. We have had same-sex couples inquire about getting married at our orchard. Due to our personal religious beliefs, we do not participate in the celebration of same-sex union. We have and will continue to respectfully direct wedding inquires to another mid-Michigan orchard that has more experience in hosting same-sex weddings. We welcome all customers for our other activities and products on the farm. We have friends, family, and business associates in the LGBT community. We respect other people’s beliefs, and we can only hope that others will respect ours. We have always tried our best to be respectful in this area. Thank you for your understanding.”

Although the message was quite concise and kind, it was met with a strong kickback due to its discriminatory nature. Because the Tennes did not want same-sex marriage to happen on their property, they found themselves in a controversial position.

City officials discovered the Facebook post, which led to their removal from the farmer’s market because the family violated the discrimination ordinance.

“We were surprised, and we were shocked. My wife and I both volunteered to serve in the military – to protect freedom now we come home and the freedom that we worked to protect – we have to defend in our own backyard,” Steve said in a statement.

Steve does not believe that he should be banned from the farmer’s market because he is a Christian who does not want to service homosexuals on his land.

“Whether you are a Jew, Muslim, or Christian – people of faith should not be eradicated from the marketplace simply because they don’t share the same thoughts and ideas that the government is choosing to promote,” he added.

In defense of the couple, ADF Legal Counsel Kate Anderson said, “All Steve wants to do is sell his food to anyone who wants to buy it, but the city isn’t letting him. People of faith, like the Tennes family, should be free to live and work according to their deeply held beliefs without fear of losing their livelihood. If the government can shut down a family farmer just because of the religious views he expresses on Facebook—by denying him a license to do business and serve fresh produce to all people—then no American is free.”