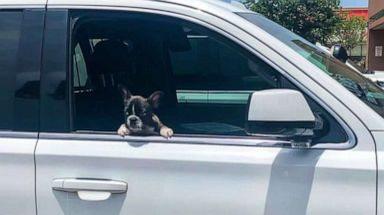 Two women have been arrested for allegedly stealing a 14-week-old French bulldog puppy worth thousands of dollars from a Texas pet store.

The alleged theft occurred at approximately 12:25 p.m. at the Petland Woodlands store in Shenandoah, about 30 miles north of Houston. Local police received a call from the pet store saying that two women had just run out of the establishment with a puppy, according to a report from ABC News’ Houston station KTRK. Read the full article here ▶